We have worked together with our colleagues across MHA to provide a national outlook on the issues facing the construction market. The series of informative articles are designed to help you better understand the changes happening within the Construction and Real Estate sectors, which is particularly important during these unprecedented times.

The impact of COVID-19 continues to impact the national and international economy, with major implications for construction and real estate businesses across the UK. Earlier in the summer, Chancellor Rishi Sunak announced further measures to support the economy in his Economic Update, with a number of initiatives designed to boost the construction sector.

This edition focuses on:

If you would like any further information on any of the topics, please contact Joe Sullivan on 01772 821021.

The key points and changes from Rishi Sunak’s summer statement

The 2020 Summer Economic Update is unique for both its timing and its focus on what measures will be implemented to help the economy bounce back from the impact of Covid-19. 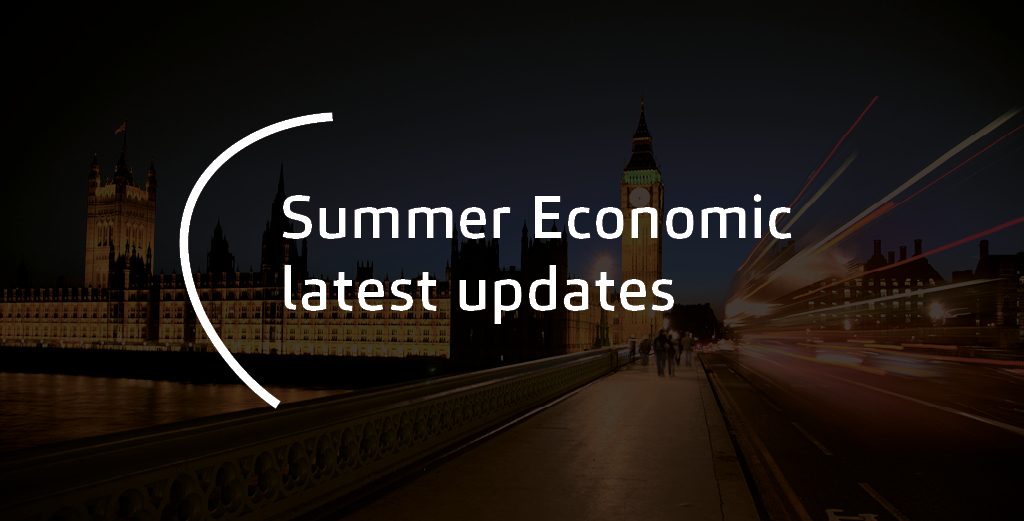 Our new blog details the changes from a Tax perspective, including VAT, Eat Out to Help Out scheme, Job Retention bonus and much more. 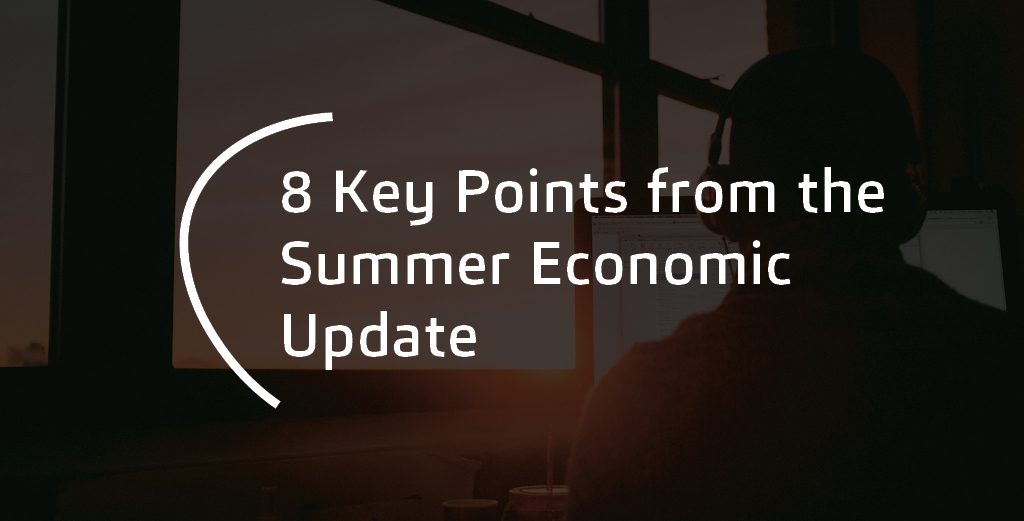 This easy to read infographic summarises the key points from the recent economic update. 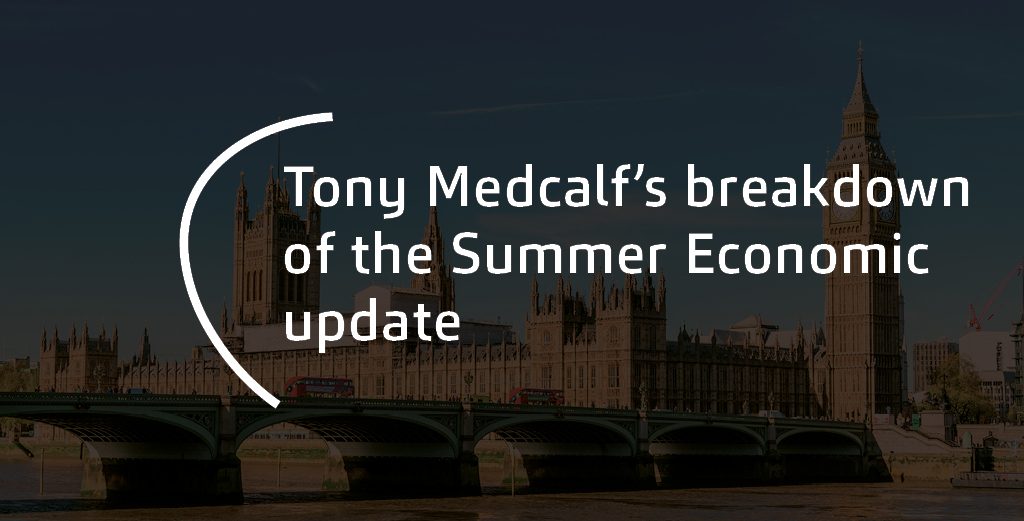 Tony Medcalf, head of Tax gives a short five minute overview of what the Summer Economic update means for you and your business. 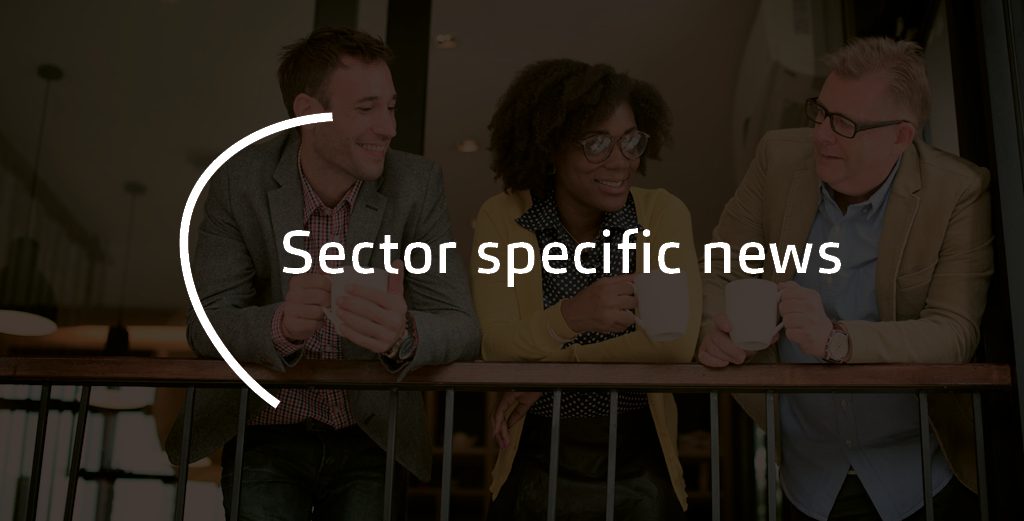 Some of the measures announced yesterday directly impacted the leisure and tourism sector. Here is our overview of what it means for businesses operating in the sector. 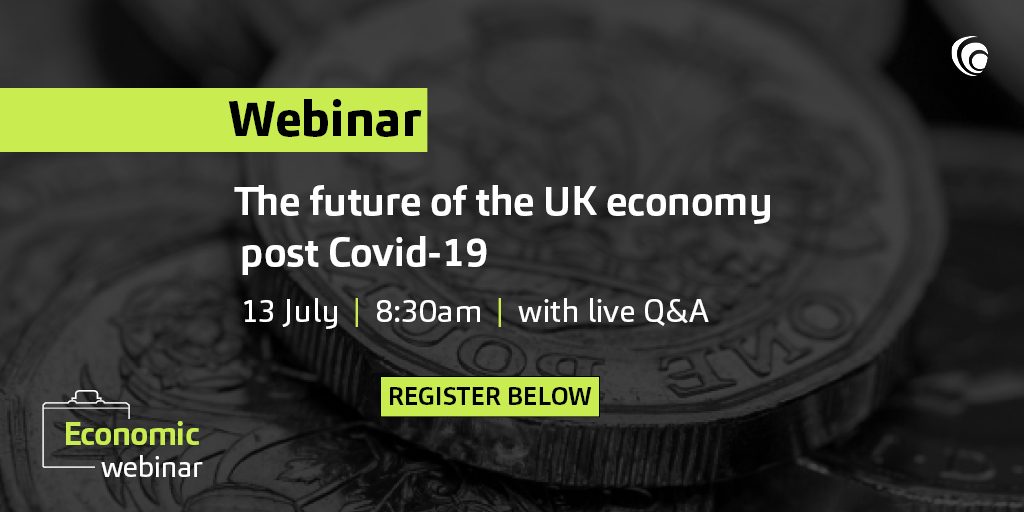 Professor Joe Nellis, Global Economist from Cranfield University will be providing his view on the future outlook for the UK and global economy post-Covid-19, and also the longer term impact of the Government’s unprecedented stimulus packages. He will also be taking live questions afterwards. 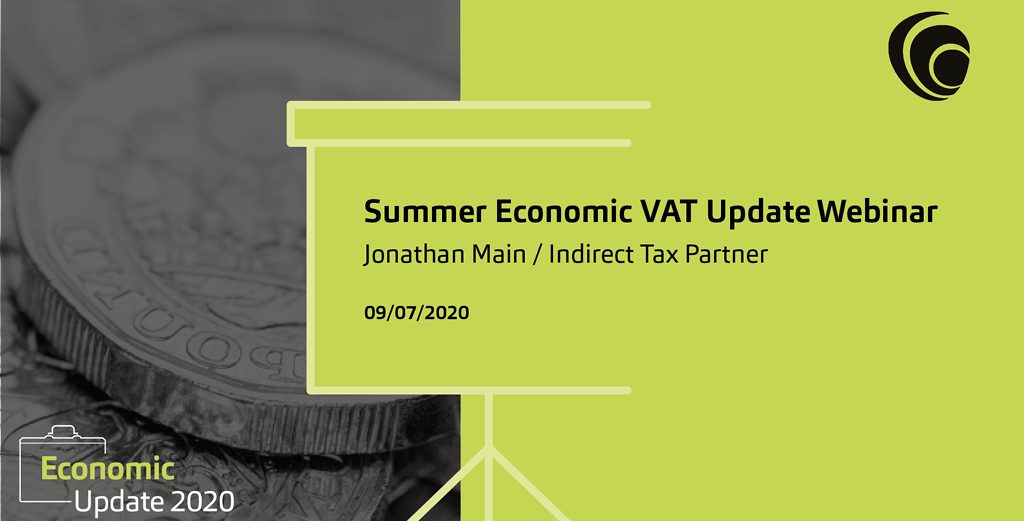 In our latest VAT Webinar, Jonathan Main analyses the recent Summer Economic Update from Rishi Sunak, focusing on how the update mainly affects the Leisure and Tourism sector. As well as other pressing VAT issues and news including, Time To Pay (TTP), Trapped VAT, VAT Accruals, Bad Debt Relief and much more.

It is a sign of these unusual times that the Chancellor of the Exchequer has made more Financial Statements in four months than most Chancellors make in their full term of office. And in today’s financial statement, the measures announced by Mr Sunak were more dramatic than we would normally see in a full Budget.

The Chancellor’s focus was on jobs, and he made a series of
announcements designed to minimise unemployment when the furlough scheme ends
at the end of October.

We summarise below the main changes that will be of
relevance to businesses and charities.

From 15 July 2020 to 12 January 2021, the rate of VAT will be reduced from 20% to 5% on food and non-alcoholic drinks from restaurants, pubs, bars, cafés and similar premises across the UK. Further guidance on the scope of this relief will be published by HMRC in the coming days.

Over the same period, the VAT will be reduced to 5% on
tourist accommodation and attractions including cinemas, theatres and zoos.

Eat Out to Help Out scheme

The Eat Out to Help Out scheme will entitle diners a 50%
discount, capped at £10 per head, on eat-in meals in participating restaurants.
The scheme will apply to meals taken on Mondays to Wednesdays throughout
August, and will include the cost of non-alcoholic drinks. Participating
restaurants will be reimbursed by the government for the 50% discount.

We await detail on how VAT will be accounted for on the
discount.

The government will make a £1,000 payment to businesses for
every furloughed employee that they bring back to work. To qualify, the
employee must be continuously employed until 31 January 2021 at a wage of at
least £520 per month. Payments will be made from February 2021. It is unclear
whether employees will qualify if they have already returned to work, and further
detail will be announced by the end of July.

The government will fund the cost of wages of newly created
jobs for 16-24 year olds who are on universal credit. The subsidy will cover
100% of the national minimum wage plus NIC and auto enrolment pension
contributions, for a six-month period.

The government will pay a £1,000 subsidy to businesses who provide
young trainees with work experience. These will be offered for 16-24 year olds
with Level 3 qualifications and below.

The government will introduce a Green Homes Grant to subsidise
two thirds of the costs incurred by homeowners and landlords on making their
properties more energy efficient. The grant is capped at £5,000. For the lowest
income households, the scheme will fully subsidise these improvements, up to
£10,000 per household.

The Chancellor promised a Budget and Expenditure Review in November,
and stated that he wanted to put back the nation’s finances on a “sustainable
footing.” Whether this translates into tax rises in the short term remains to
be seen.

The Chancellor has previously signalled that he wants to
review the tax landscape for self-employed workers. The launch of the
Coronavirus Job Retention Scheme highlighted to Mr Sunak the difference in the
tax and NIC treatment of employed and self-employed workers, together with the system
of  taxation of dividends which is seen
as anomalous in certain quarters. He had nothing further to add to the subject
today, but a wide-ranging review would seem to be on the cards.

Calls have been made for a Wealth Tax by the Shadow
Chancellor, Anneliese Dodds. It is not clear how much tax would be raised by
such a measure, nor whether it would be embraced by Mr Sunak.

The MHA Construction & Real Estate specialist team works closely together to ensure our clients in the sector are supported during these challenging times.

We are running a Construction & Real Estate Survey to help us compile a nationwide picture of the state of the sector. Your feedback will help our specialist advisers gauge where the sector is and what can be done to respond to current challenges.

The survey focuses on several core areas: the impact of COVID-19, access to funding, employment in the sector, technology and your outlook on the sector.

The survey should take no longer than 10 minutes. It will form the foundation of a national Report which will detail the findings with case studies and commentary from industry experts.

Take part in the survey now.

If you have any queries about the survey or would like to know more about the services MHA members provide, please contact Joe Sullivan on: 01772 821 021 or joe.sullivan@mooreandsmalley.co.uk.

The MHA Construction and Real Estate team have released the new issue of Real Estate Matters.

Issue 15 focuses on the support available for the sector and contains articles on:

Greater government support is needed to keep the North West’s construction sites open and safe, according to MHA Moore and Smalley’s property and construction team.

Longer site opening hours, free parking for construction workers, better security and tax breaks should all be considered to help the North West construction sector get through the pandemic, according to Joe Sullivan who heads up our sector team.

The call comes after the prime minister’s latest plan to begin easing lockdown measures and restart the economy actively encouraged construction workers to go back to work. However, Joe believes more lateral thinking is needed to make building sites safe in the Covid-19 era

He said: “The prime minister’s plan gives the sector a nudge in the direction of resuming normal operations but lacked clarity. Construction is unlike many other sectors in that contracts will take time to return, the supply chain will have its own issues and there will be a lack of foreign labour to fulfil work, so fundamental changes are needed.

“To make sites safer one of the government’s priorities could be to facilitate the move to biometrics for staff sign in, as used in airports, to provide robust worker recognition and cut the risk of contagion. Temperature monitors should be installed on large sites as an early warning system if a worker is unwell.

“Allowing sites to open from 6am to 7pm while light is good, instead of the current 8am to 6pm, would facilitate staggered shifts and cut down congestion on public transport. Free parking would also be a huge help.

“Firms face a dual challenge of tackling onsite safety, while managing cashflow. Margins are typically thin in the sector and even with the Job Retention Scheme many firms are making losses. Tax breaks in the form of a zero percent VAT rate for all forms of maintenance, repair and extension could help get smaller traders back on their feet.”

MHA Moore and Smalley is urging property and construction firms to speak with their professional advisors to ensure they make use of all existing tax breaks to help with cashflow.

For professional landlords there are many risks inherent in the owning and renting of residential property, with many of them occurring through the occupational hazard of attracting, retaining and managing tenants. For property investors, one of the primary objectives of owning residential property is to receive regular rental income from tenants, with much of this income essential for servicing mortgages, maintaining the property in good condition and paying ongoing management fees. When properties are vacated and there is no continuing rental income, these costs may need to be borne personally or from the wider portfolio.

In considering this, it becomes apparent that the everyday risks that tenants face in their personal lives to meeting rental payments each month – accident, sickness, unemployment, death – become risks for landlords too; The “Financial Resilience” of tenants by connection affects the financial resilience of the landlord.

Tenants, however, tend to fall between marketing cracks; With no obvious need for life cover to protect a new mortgage debt there may not be the encouragement for a tenant to seek financial advice, and so many of the risks mentioned above may go unprotected. Because of this, landlords are also left vulnerable to tenants unable to meet future rent payments and eventually properties being vacated.

If you own residential property and would like to discuss this area further, please contact Ian Aldred via info@mooreandsmalley.co.uk or a member of the financial planning team on 01772 821021.