Budget 2020: Give SMEs chance to catch up on investment

In the run up to Budget 2020, we asked our MHA Moore and Smalley tax experts to preview the first big moment of Rishi Sunak’s chancellorship. In part three, tax partner Rachel Marsdin, shares her thoughts on what we might see.

People may be expecting big changes in the budget because this is a new government with a large majority. However, I think this has the potential to be more low-key than anticipated.

Of course, the prime minister and chancellor will be keen to use the opportunity to make their mark early in the parliament, but I think it would still be a relatively cautious budget given the circumstances.

My reasoning for this is that we still have trade deals to negotiate. Is the chancellor really going to make sweeping changes to tax rates that may hamper the government’s negotiating position with the EU or other nations?

For example, if we wanted to strike a trade deal with the US, one of the conditions might be having the same or similar corporate tax rates to gain access to that market. So, if the chancellor was to lower them now, it might create a barrier for those negotiations.

So, while the government does have a large majority, it may not have the flexibility that people are saying. If I was chancellor, I would probably want to hold back a little to see what wriggle room I may have in those trade negotiations.

In terms of what we could see, the likely changes to Entrepreneurs Relief have been well documented and I think we will see a review of what assets qualify, a reduction in the allowance threshold, or an increase in the length of time assets need to be held for. They will want to make this tax break more beneficial for entrepreneurs who are innovating and creating jobs, rather than those looking for fast investor returns.

If the chancellor was to make radical changes, then reducing the top rate of income tax down to 40 per cent might be something he would look at. Even though this would be viewed as benefitting the wealthy, there is usually less desire to try and avoid tax if the tax system is not seen as punitive.

I will be interested too to see if there’s a time extension for the annual investment allowance. This is due to reduce from the current limit of £1m back down to £200,000 at the end of the 2020/21 tax year.

However, after the last few years of Brexit uncertainty have caused many businesses to put their spending plans on hold, I think SMEs need to be given the chance to catch-up on investment.

Therefore, I would not be surprised to see the chancellor extending this rate by another year or two to help business owners who are keen to invest in the growing their business.

Click here to read part two of our four-part series, in the run to the Budget announcement. 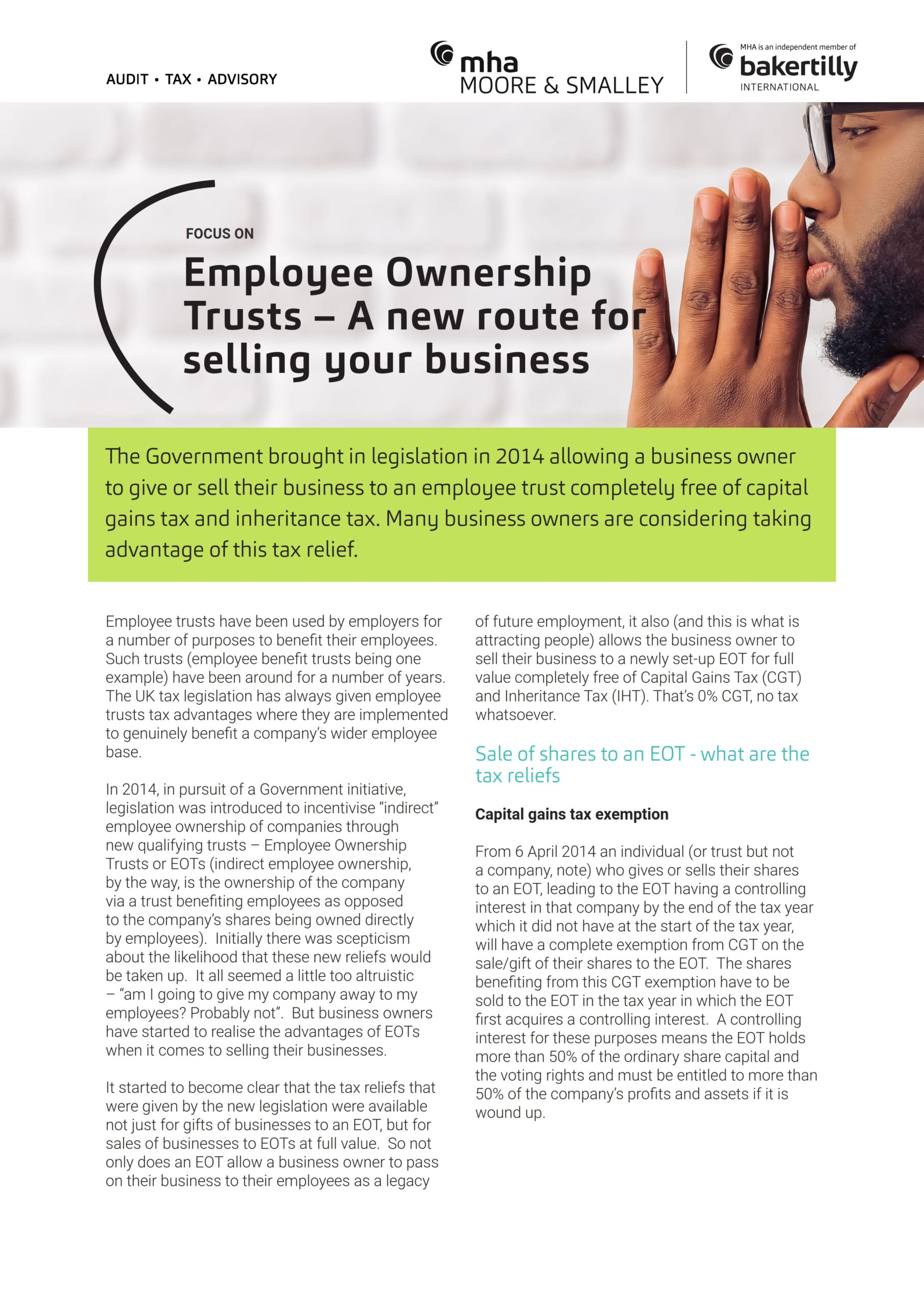 Employee Ownership Trusts – A new route for selling your business